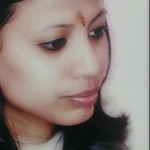 Business plays a huge role in every sector’s economy. We can’t ignore the presence of business in social and economic development. Business is the backbone of the economy of every country. The business provides an opportunity and employment by which others can make money for themselves and improve their quality of life.

Mukesh Dhirubhai Ambani, the Chairmen of Reliance Industrial Ltd is known as the top richest businessman in India for the past 12 years. He has many success stories in his life. His net worth of  $50.0 billion. In today’s Reliance become a leader in the telecom market. Reliance has given the toughest fight in the telecom sector. And after the success of his Reliance Jio broadband telecom service, he almost becomes a master in this sector.

Azim Hashim Premji is the Chairman of Wipro Limited (deal in software services) which is the largest outsourcing firm in India. He’s not only India’s business tycoon, he is an investor, he’s an engineer as well as he is also involved in community services. His net worth of $22.6 billion. He also started with a $2.2 billion donation to the Azim Premji Foundation, basically purpose to focus on education in India.

Shiv Nadar is the co-founder and Chairman of HCL Technologies and also a foundation of the Shiv Nadar Foundation. In beginning 1976 he started HCL with the production of calculators and microprocessors. By his hard work and focus, he converts HCL from IT Hardware Company to IT Enterprise. And today India is the largest software provider company in the world. He had also given his effort in the Indian education system through his Shiv Nadar Foundation. His net worth of $14.6 billion.

Lakshmi Mittal is the Chairman and CEO of ArcelorMittal which id the world’s biggest steel manufacturing company. In 2007 he also represented as a Richest Asian Person in Europe. His net worth of $13.6 billion. He had given his huge contribution to sports, education, and medical sectors. Besides this recently for the Corona Virus Pandemic of 2019-20, he made a donation of Rs 100 crores to the PM Care Fund.

All Type Of Label Suppliers Company in India

Vastu Tips For Bathroom and Toilet